What are the Pros and Cons of Satellite Internet? 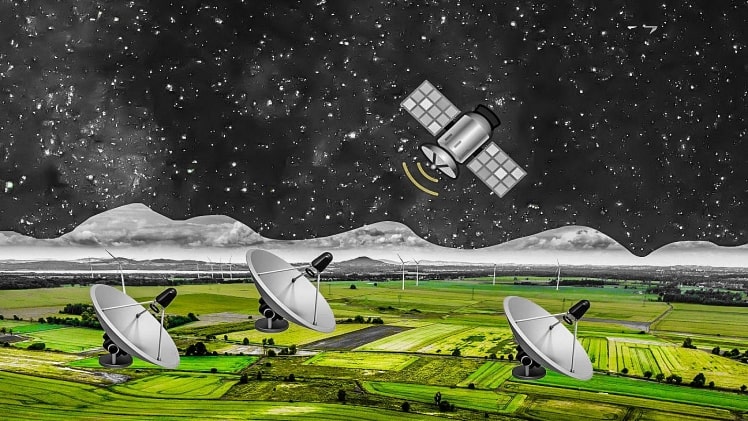 Satellite internet is a type of internet connection that makes use of three satellite dishes to deliver internet signals to your device. A satellite dish is placed at your internet service provider (ISP)’s office. Then there is a geostationary satellite in space transmitting a signal to the dish. Meanwhile, the third dish installed at your home captures and receives these rebroadcasted signals. Besides, it uses a modem and cables to establish an internet connection between the dish and the device.

While satellite internet is suitable for most homes in remote areas, it comes with many advantages and disadvantages that determine if it is ideal for your household or not:

Paularoloye is an SEO expert that has 10x businesses by focusing on connecting the right products and services to the right audience.

Satellite internet is easily available in most rural areas and places where other internet connection types, such as fiber, cable, or DSL can’t reach. This makes it ideal for those with limited accessibility to the internet. As a result, most households in remote areas prefer satellite over dial-up internet.

With time, satellite internet has become a reliable source of internet for many homes and offices. Unlike DSL or cable internet, it is less susceptible to network outages. Hence, it can establish a stable internet connection as long as the equipment is in good shape.

Internet service providers (ISPs) such as HughesNet Internet have made it easier to get connected to the internet without putting a dent in your wallet! It offers fast speeds without any hard data limits. Starting from $64.99 per month, it allows fast uploading and downloading, which is ideal for most internet users. In addition, with up to 25 Mbps of download and 3 Mbps of upload speeds, you can stream, play, and surf as much as you want.

The term “data cap” refers to the data limit imposed by an ISP on users for a specific time. In short, it is the number of MBs or GBs that can be consumed by a user per month. However, if you end up exceeding the limit, your ISP will impose overage fees on your monthly internet bill.

While it varies from provider to provider, most satellite internet plans come with limited data allowances, which means that you will have limited access to data. However, some internet providers, such as HughesNet Internet have no hard data limits. This indicates that even if you go above your data cap, your internet connection will not cut off entirely. In addition, your ISP will not impose additional charges on your internet bill. You may get speeds between 1 Mbps and 3 Mbps, but they are ideal for many users. We recommend you contact HughesNet servicio al cliente for more details.

Satellite internet can be disrupted by almost anything. For example, if your home has a lot of trees in the same area, your internet may not perform well. Similarly, during extreme weather conditions, such as thunderstorms, your internet will encounter interference due to physical obstructions on the way.

If you compare the speeds you get with satellite internet to the ones from fiber internet, you will notice how the speeds are significantly much lower. As a result, your tasks may take a lot of time to finish.

A virtual private network (VPN) can be used to encrypt your information, such as your IP address while browsing the internet. While most internet connections let you make use of a VPN to carry out online tasks, satellite internet does not allow VPNs. But, if your ISP allows you to access VPN, then you can set up a virtual connection without any hassle.

What You Need To Know About Carpet Cleaners Houston

7 Things to Consider When Selecting a Chicken Hatchery Machine