How to choose a navigator for a hike by Yagupov Gennady 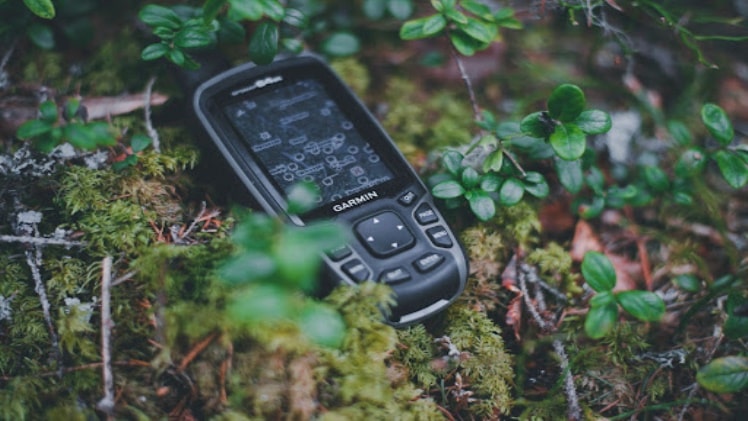 To get to camp, do not get lost in three pine trees and follow the right trail on the route – the key to a successful hike. Of course there will be no adventures after the words “I know a shortcut” and “Wow, how interesting it turned out,” but you will see everything you planned. It remains to understand for what cases suitable travel navigator and how to choose it.

What kind of navigators there are

Many of us know about car navigators and smartphone navigation apps. The former are built on road maps, which will not save you in a hike if you are not a driver on a car tour. And smartphones with navigation apps are not accurate enough and can fail at any time. Then comes to the rescue – the tourist’s navigator.

The simplest hiking navigator is a tracker, it is also a GPS tracker. The principle of its operation consists in pointing the direction to the starting point of the route. You mark the starting point (house, car, camp), go get firewood, mushrooms, and then the tracker shows you how to get back by the saved points. If the number of points in the tracker is significantly limited (for example, saves up to 20 points), then the GPS logger will already save a more detailed route and even fix points with a reference to the coordinates at specified intervals.

Smart watch with a navigator

Smart watches have reached new heights with the development of microprocessor technology. Smart watch contains functions of geolocation according to several satellite systems, building and following the route, synchronization with smartphone and sending SOS-signal, as well as monitoring of health indicators of the owner. Some models have altitude and pressure sensors, and you can use a compass. Calibration is required for accuracy.

The travel navigator concentrates functions on the primary purpose of helping the hiker in unfamiliar terrain. The hiking navigator includes maps for constructing routes and is oriented to long-term autonomous work in difficult conditions. Additional functions of navigators make the process of preparing and conducting hikes even more comfortable – the ability to download the track from the computer and share them with other tourists, snapshot points of the route with geolocation, the most accurate positioning even in the mountains in bad weather, screen, not glare in the sun, etc.

Modern navigators for tourism determine as close as possible to the actual location using the two main satellite systems. The American GPS works more accurately in equatorial and temperate latitudes, and in the northern regions – the Russian GLONASS system. Some models also support the European Galileo satellite system. Despite this, it is worth learning how to orient on maps on training outings, such knowledge will come in handy when you need it the most.

In technically complex hikes, it is important to determine the most accurate geolocation, so even when using a navigator for climbing, due to the information from the satellites of two or three systems, deviations will be minimal. Signal quality depends on the sensitivity of the receiver and the reliability of the built-in or external antenna.

The navigators have pre-installed maps or you can download maps via usb cable, bluetooth or wi-fi in the built-in memory or on a memory card. Routes are downloaded from other devices or saved in the navigator through control points.

Tracks can also be recorded by setting the automatic saving route points at specified intervals. In this case you need to know the limit of the number of points in the navigator, so that halfway through the route it is not found that the track is no longer recorded, because the points were put every minute, and the limit is exhausted. And the route is not over yet.

Unlike fragile smartphones, trackers, some lines of smartwatches and hiking navigators are made to work in adverse conditions. Each model is labeled according to the degree of protection IPXX, where the first number X – protection from particles and dust, the second number X – protection from moisture. The casing is made shockproof, depending on the field of application (hiking, biking, paragliding, rafting, freediving) in varying degrees of water resistance.

GPS navigators are operated either with a touch screen, buttons or joystick. Touch screens are more susceptible to temperature changes, so even though it is possible to control them with gloves, the models with a sensor are not taken as a navigator in the mountains – the screen freezes with a strong minus outside. The push-button mechanism is more functional and reliable, the joystick is convenient when used with a hard case, because it is not blocked and can spontaneously disrupt the data.

The autonomy of the navigator depends on the technical characteristics and additional functions. The more functions are involved, the faster the charge is consumed. As a source of power are traditionally used standard batteries, less often rechargeable batteries. In some models, both interchangeable methods are applicable. But many hikers have noted that it is easier to carry a few batteries under the backpack than batteries or an extra external power source for charging.

Where the navigator comes in handy

Navigation devices have proven themselves in various sports fields. Specialization in certain types of tourism and a large number of “chips” in the universal navigators or smartwatches simplify the work on the route.

For a weekend hike suit smartphone and power bank or the simplest navigator with built-in battery. Autonomy is not as critical in such a trip as the security of the device, because the PEA may include climbing or kayaking tours. For diving and freediving there are models that have a limitation of diving to a certain depth and help to navigate when exploring caves.

Navigators are often used in parachuting and paragliding, where a barometer, altimeter and weather analysis are needed. For biking, motorcycle travel and off-roading, some GPS navigators are available to synchronize data on unpaved roads, not just the main trails of road navigation. At the same time for the above types of recreation navigators are equipped with special mounts. Text by Ягупов