Dog Pain Management: How to Treat Short-Term and Long-Term Pain in Dogs 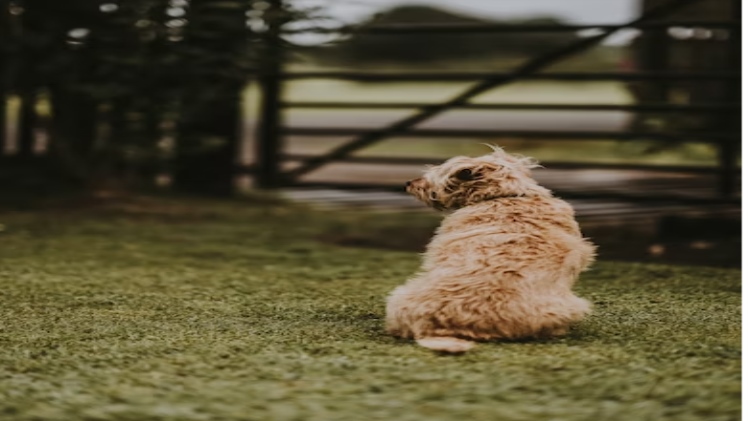 Sharpness is more important than duration when describing acute pain, which typically only lasts for a short time. Only recently has it begun to appear. By definition, chronic pain persists for a longer time frame than acute pain. Chronic pain describes the suffering endured by an arthritic dog over the course of several weeks, months, or even years.

When your dog is hurting, it’s hard to know exactly what to call it. As a result, you should take care of severe discomfort or injury as soon as possible. That could be an emergency measure. But even if it isn’t an emergency, would you still want to live with constant pain?

It stands to reason that you wouldn’t. If you think your dog is in pain, don’t wait to do something about it. Have your vet take a look at the dog and see if there are any treatments or medications that might help ease the animal’s discomfort.

Most probably, the vet will prescribe Metacam oral suspension for dogs. It is FDA Medication that has been approved for use as a non-steroidal anti-inflammatory and is used to aid pets with inflammation such as arthritis. It reduces discomfort, so your pet can enjoy a longer, healthier life.

When you treat your dog’s joint discomfort and inflammation with an NSAID like Metacam, you give him a leg up on his mobility. Using the included syringe, you can conveniently administer this prescription medication to your pet in the form of an oral solution.

What are The Symptoms and Indications That my Dog is in Pain?

It’s hard to say without knowing the specifics of the dog’s pain and how severe it is. Aggression toward you or biting (at you or themselves) are two of the most common reactions. Because they are hurting and irritable, they may bite. They’d rather not have physical contact. They’re not keen on being relocated. Petting them might not be something they enjoy. They may act aggressively toward you at times.

At other times, they may direct it inwards; this is not to imply that they are engaging in self-mutilation, but rather that they are experiencing pain; this could be the case, for instance, if their hips were bothering them. You may notice your dog turning its back on you or biting or licking at its hips because, in its mind, this behavior represents an attempt to reduce the discomfort it is feeling there.

Let’s consider paws. A limp could be the result of a minor injury, such as a cut or sprain on one of their paws. They are hobbling around, possibly on three legs, as they are not putting any weight on one of them. Hip-arthritic dogs often show reluctance to sit, which is a common symptom. Perhaps they will take a seat to the side. It’s possible they just don’t sit down.

Maybe they feel awkward sitting for long periods of time and prefer to pace instead. As well as, the inverse is correct. Once they manage to get themselves into a sitting or lying position, they have a hard time getting back up again. It may take an act of Congress to get them up and moving after a long nap or when they first wake up in the morning.

It’s somewhat of a spectrum since there’s a strong correlation between pain severity and location. Shaking is also an indication of discomfort. People frequently return to remark, “What the heck, my dog is shaking. Just what does that imply?” Oh, so he’s scared, then. It’s usually not the case.

If it’s the middle of summer and they’re trembling, it could be from pain or discomfort, but it could also be because they’re cold. The mere thought of it can send them into a state of fear. To the point of panting. If you aren’t paying attention, you might miss the subtle signs that something is wrong, hurting, or just doesn’t feel right in their world. However, if you keep your eyes peeled, you might be able to spot them.

Is it safe to give my dog human pain medication like Tylenol or Advil?

In most cases, no, it’s not safe. Vitamins and other supplements found in medicine cabinets should never be given to your dog. Each year, there are around 232,000 cases of pet poisoning in the United States. Careful consideration must be given to the food you give your pet.

Vets have had cases of dogs with stomach ulcers, bleeding, and vomiting after just one dose of Advil. It’s not something you want to mess around with because it causes so many digestive problems. Not to mention the fact that it can completely destroy the kidneys.

Fortunately, we have an abundance of excellent options that have been approved by veterinarians. Talk to your animal doctor. Rather than relying on ineffective over-the-counter medications, you should see a vet who will gladly prescribe a product tailored to your pet’s needs.

When Dealing with Pain, What Drugs Do You Typically Give?

In the veterinary field, non-steroidal anti-inflammatory drugs (NSAIDs) are the most commonly used class of medication, especially for chronic pain, and maybe something that their dog needs to take for the rest of its life. These include medications like Rimadyl and Previcox, as well as the defunct Etogesic. It’s a very long list, indeed. Pain relievers come in a wide variety of forms and methods, but NSAIDs are among the most common.

Although it does alleviate some pain, more potent analgesics like tramadol, morphine, and buprenorphine exist. In this way, opioids (a class of painkillers) can be used to manage discomfort. Proactive, preventative pain management is preferred by experts above reactive, “damage control” approaches. Instead of trying to fix things yourself, it’s best to get some expert advice.

In conclusion, take your dog to the vet immediately if you see any of the symptoms we discussed. If it’s been a while since your dog’s last checkup, it’s important to take him in for one. Even if the dog isn’t in pain, it’s best to have them checked out just to be safe.

More than 120 thousand American citizens are veterinary doctors. It shouldn’t be difficult to consult another veterinarian for a second opinion if you’re concerned about your pet’s health. If you are not happy with the treatment, have a list of certified vets and veterinary assistants on hand to call.

Your vet will be happy to help you come up with a plan that you can implement. In as much as they can, vets are tasked with easing the suffering of animals. They won’t be able to do that until we determine its origin and nature. So bring them in, have them checked out, and use any number of drugs to manage and lessen the pain because there are plenty.

Importance of a Pest Inspection Before Buying a Property