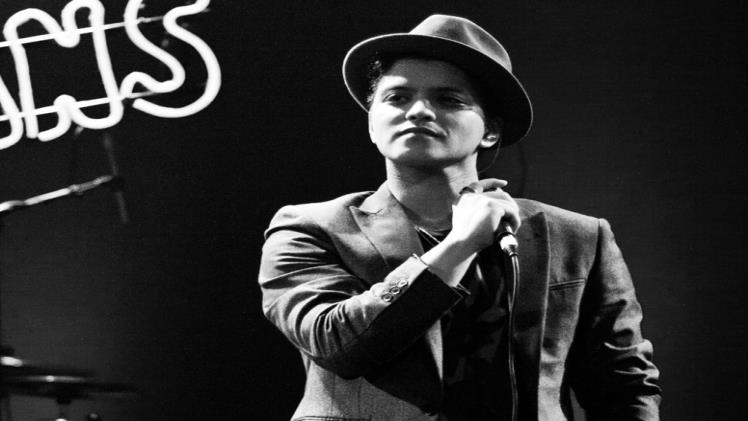 When we talk about Bruno Mars, most of us think about songs like “Uptown Funk,” “Grenade,” “The Lazy Song,” or “If I was Your Man.” Surely, commercial songs are great, but many artists always have exceptional tunes on their albums that let them go under the radar. Only real fans listening to the whole CD can recognize the quality and enjoy those secondary songs.

Our opinion is that many celebrities do this on purpose. They promote a few singles but never record a video for some of the beautiful songs they have on their album. It’s the same with Bruno Mars. And it’s not even surprising that when all the Bruno Mars concert tickets are entirely sold-out, and all the audience knows even the lesser-known songs.

If you are one of those people who listen to Bruno Mars but want to discover more of him, we have a few song suggestions for your playlist.

This is a song from Bruno’s “Unorthodox Jukebox” album, and as its name says, it’s about a woman named Natalie who was romantically involved with our favorite singer. Natalie says she loves him, but one day she steals Bruno’s money and leaves him broke.

We don’t really know if this story is fictional or not, but one thing is for sure, you will love the song. It’s one of the most underrated ones from this album. And if you need something fresh on your new playlist, this one will be a great addition.

This awesome song was never released as a studio tune. He sang it a few times a decade ago at his concerts. If you want to listen to it, you will easily find only a few live videos on YouTube.

But we still think this is pretty underrated and deserves an album version too.

“If I Knew” is also part of the “Unorthodox Jukebox” album, and it’s quite a catchy tune to make you dance. It was listed as the last track of the studio album, and it’s a powerful and playful ballad.

Bruno Mars sings about all those things he regrets not doing while young. This is a special song for him, so we don’t know why it wasn’t released as a single. But, if you love Bruno Mars and you feel like discovering more from him, you can surely start with this song and let it take you on an unforgettable journey.

4. Calling All My Lovelies

This is such a relaxing and enjoyable song, you will want to listen all the time. No matter if you drink your tea or just have a rest day, “Calling All My Lovelies” is a song that will take you on the 90s R&B scene.

As usual, Bruno Mars sings about a girl he loves and wants to spend time with her. Also, he says many other girls like him, but his interest is only in this particular girl.

The song is so underrated many people don’t even know it exists. But, when you listen to it for the first time, we are sure you will immediately love it.

5. Talking to the Moon

When Bruno Mars released “Doo-Wops and Hooligans,” many skipped this song. But, it became a huge social media trend, especially on TikTok. Even though it’s one of the most underappreciated Bruno Mars songs, you can surely expect to listen to it during the next Bruno Mars concert. Finally, this song receives the deserved attention.

This is a song by the famous duo Silk Sonic, and Bruno Mars makes half of it. It’s one of his best projects, and the songs are quite exceptional. Bruno often acts together with his bandmate, and we must note that the audience loves them while always looking for some Silk Sonic Las Vegas tickets and enjoying the “After Last Night” song.

If you are a fan of Bruno’s debut album, you probably know this song. Even though many praised the arrangement and lyrics, “Count on Me” never received the deserved public attention.

It will remind you of the most recent beach vacation because the traditional Hawaiian sounds make a significant part of this song. Also, it’s proven that the 88 beats per minute rhythm improves your mood and makes you feel better just by listening to it.

Many say that it’s pretty similar to “Over the Rainbow” but more cheesy and playful. Indeed, if you like Hawaiian music, you will love this song too.

Do you have any of Bruno Mars’s favorite underrated songs?

Every artist has some hidden gem on their albums, and it’s up to the fans to discover it.

We don’t know if they do it on purpose or simply don’t have time to release single versions of all great songs, but it works pretty well for them.

Presents To Send To Friends On A Special Occasion